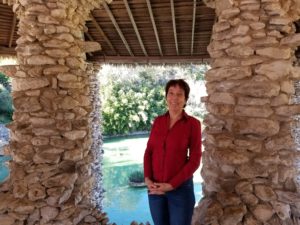 Carol Vander Stoep attended the University of Texas at Austin from 1974 to 1978 for her pre-dental education, and then Baylor Dental School from 1979-1981. She received her Bachelor of Science in dental hygiene and began private practice immediately and continues to do so.

How Your Mouth Ages Your Body and What YOU Can Do About It, first published in 2011. The first edition brought her in contact with thought leaders in the industry, who generously mentored her personally.

Carol Vander Stoep averaged over 100 CEUs a year while writing her books to be sure her musings and writings coincide with current research in the various facets of dentistry about which she writes and lectures. Quite often her correct musings have preceded peer-reviewed published research.

Carol lectures to dental and functional medicine study clubs, the general public, dental hygienists and several times at the annual meeting of the Academy of Biomimetic Dentistry. Her interviews and writings for Dr. Mercola about minimally invasive dentistry and root canals/cavitations/polymer chain reaction tests have received well over a million views. She was gratified that diagnosing him with a serious tongue-tie and his need for myofunctional therapy and Buteyko breathing exercises launched several articles that awakened the general public to the frequent need for correct orofacial/airway development, sleep apnea screening/treatment and the negative health impacts of mouth-breathing on physiology.

Dealing for years with the fallout from these articles – the frustration of readers and lecture attendees unable to find practitioners who practice in a way that encompasses two seemingly compatible philosophies led her to finally produce a video course in oral/systemic medicine Functional Medicine From a Dental Perspective that married these two principles. Those two principles are: (1) practicing dentistry from a functional medicine perspective and (2) seriously undertaking their charge to diagnose decay early and reliably and then restoring teeth following sound engineering principals. Her target is to produce at least two dentists per state who do both to minimize the degree of dental tourism now required for patients seeking “whole body dentistry”.